HAVE QUESTIONS? GET IN TOUCH WITH US NOW 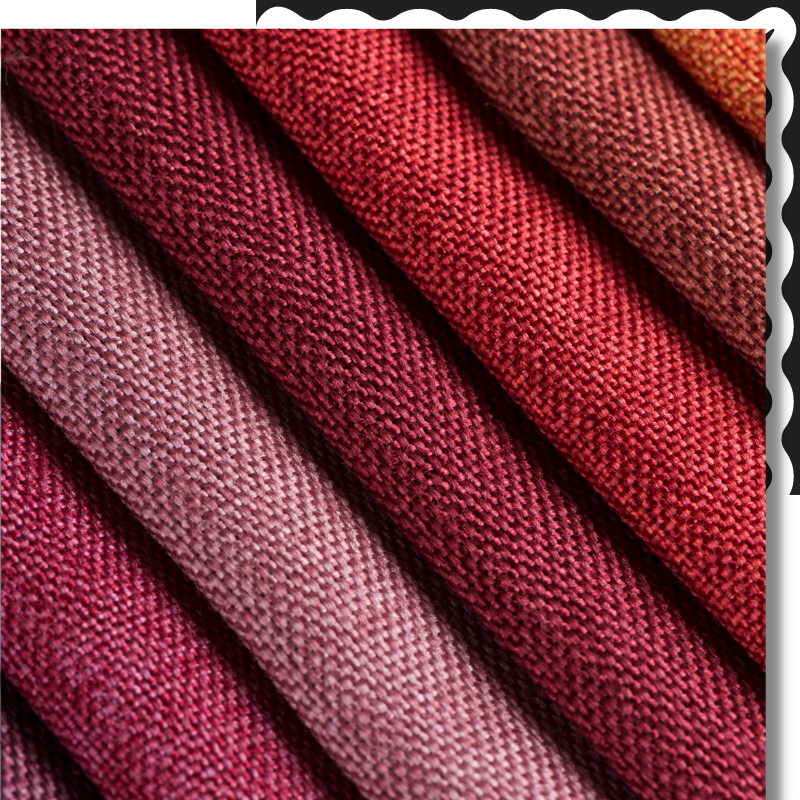 At Global Network quality is woven into everything we do.

We specialize in working with clients from the start-up level to $50 million in business revenue. Our services specialize in garment manufacturing, from research and development through the end of the production cycle.

We source and develop all necessary raw materials, fabric, trims, and accessories. While we primarily focus on our production locations in South America and Bangladesh, we also have factories in China and throughout the Far East and the Middle East.

Our management team has a combined wealth of experience in all facets of garment creation and distribution. This experience allows us to leverage production methods and industry connections to produce the highest quality items at the most reasonable price.

How can we help?

We Are Here for All Your Sourcing Needs

We are the leading sourcing company of a wide variety of quality buttons and trims imported directly from our global network of manufacturers. We have an entire division with the requisite knowledge and experience dedicated to leveraging established relationships with manufacturers to negotiate the best deals for you. 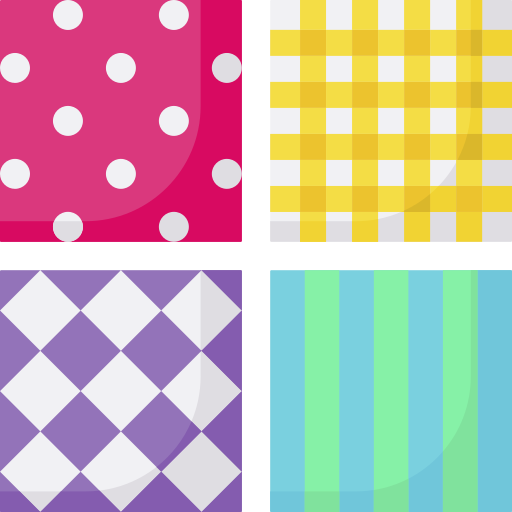 When you work with us for your garment needs not only will you get top-notch quality and options, but you could save more than 30% in supply costs versus our competitors. From soft pieces to hard pieces and a wide range of price points. We have the sourcing and production capabilities to ensure quality creation and distribution. 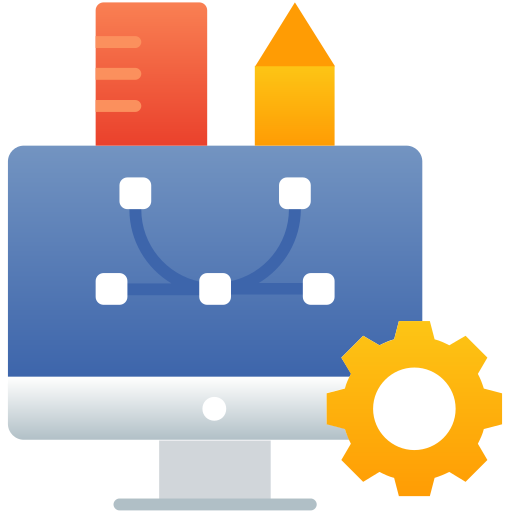 INQUIRE NOW
Why Choose Us

We have dedicated warehouse centers located around the to handle your urgent sourcing needs, locally and internationally

We have dedicated warehouses locally and internationally for your urgent sourcing needs. With Global Networks, you can choose from multiple distribution centers to receive the same level of service that made us one of the best providers in our industry. We are available 24/7 to assist with your order processing and shipping requirements, whether they be domestic or international. Our global offices in Long Island, NY; Florida; Hong Kong; Guangzhou; Dhaka, Bangladesh; Colombia and Honduras are ready to receive your orders

Some of our current and Past Clients 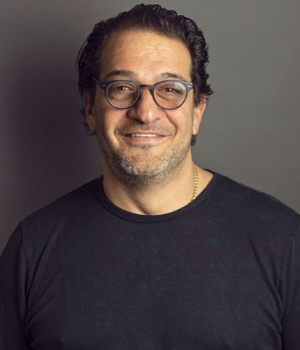 Founder
Founder & Head of Sales & Sourcing who works with decision-makers of small to medium-sized companies to affect rapid and substantial change that disrupts current business models for increased profits and decreased expenses Adam believes that speed is money when it comes to processes and product testing and has built a talented team of individuals with decades of experience that share his ability to change course quickly when needed to provide the most efficient and effective methods of launching new products from concept to wide-scale distribution; domestically and internationally. Adam has played integral roles at the inception meetings of companies such as Old Navy and Abercrombie & Fitch. He has helped grow Untuckit brands from 5 million in annual sales to over 75 million. 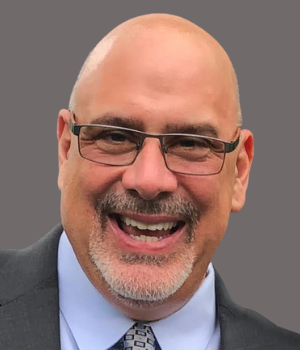 Chief Creative Officer
An experienced creative leader with a history of producing optimal results in the advertising, design, and events industry. With an extensive managerial background, Bob has led marketing, creative, and production teams for Fortune 100 clients like American Express, IBM, Coca-Cola, Citi, and other visionary companies. His passion is partnering with clients to solve challenging business issues and working to deliver the right product, offering, or activation experience to support their strategic initiatives. A proud Long Islander and an official beachcomber of all it has to offer. 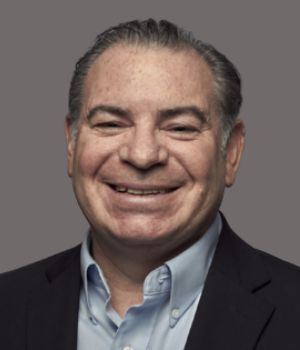 Digital and Merchandising
Professor Ken Ninomiya (Prof. Ken) is an innovative, award-winning growth marketing and business development expert with 20+ years of global leadership. Ken has managed business in over twenty countries, held leadership positions in four Fortune 500 CPG companies, and has successfully launched over $200M+ of top branded CPG products in retail and online. Prof. Ken has developed a “hands-on” award-winning sales and growth marketing program that has built a new product and business channels and established new markets for leading global brands. Prof. Ken is a growth market expert, business trainer, speaker, author, and Professor. He educates, trains, and motivates high-performance sales and marketing teams worldwide and has provided seminars and workshops throughout the U.S, China, South America, and Europe. 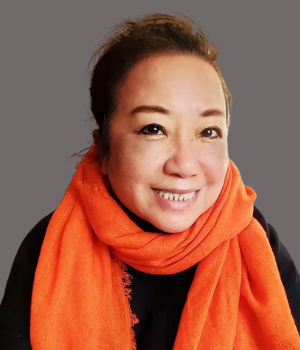 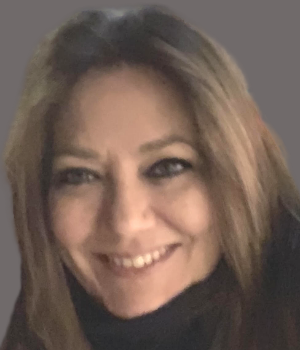 PD sourcing
Maya works with fashion apparel companies to source and develop raw materials with factories and vendors in domestic and international markets. Maya knows that consistently building, establishing, and maintaining long-term relationships is the key to being able to negotiate the favorable outcomes that allow a production cycle to be successfully followed through. Maya has designed and developed logos and packaging for globally recognized brands such as Elie Tahari and Donna Karan. 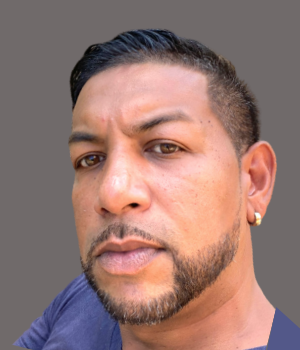 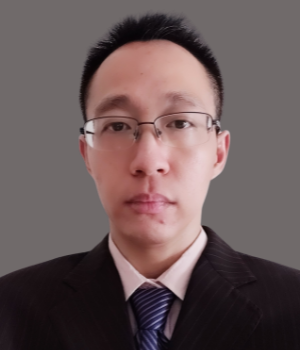 A Sri Lankan national, Based in Bangladesh heads the South Asian production office of Global Network, He is a seasoned professional with 20 years’ experience in apparel manufacturing. He is highly experienced in Vendor Sourcing, Compliance, Fabric, Production, Technical, and Quality & Washing. 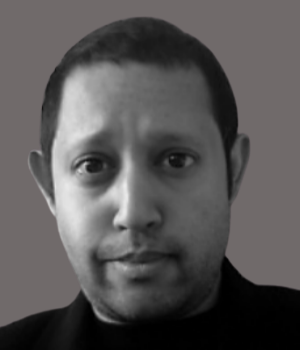 Strategy and Brand Builder
Nikhil has accumulated a deep mix of strategic, digital technology, brand building and advocacy skills, from running his own consulting firm and as co-founder of the startup - CanIStream.It. He began his career at Lintas in India, working on Unilever, Cadbury’s, Johnson & Johnson and launched Sony’s TV channel. His next move, to Ammirati Puris in London, led to his first foray into business-tobusiness marketing, working on PriceWaterhouseCoopers. Continuing at Ogilvy, New York, he helped create IBM’s first ever alliances campaign, and developed AT&T Wireless’s enterprise strategy. During his last two years at Ogilvy, he was entrusted with running Eastman Kodak, overseeing one of the agency's largest global P&L’s and managing a cross-discipline team of 100+ people. Nikhil left Ogilvy in 2008 seeking more entrepreneurial pastures and co-founded Urban Pixels, a technology consulting firm. At UP, he advised early-stage startups and led a joint venture with Knowledge in the Public Interest in the higher education space, winning projects from the Gates Foundation and LaGuardia Community College. Nikhil currently serves as a strategic advisor for agencies like Publicis, Razorfish and Sapient Consulting. His engagements have included advising Citi’s fintech group, co-leading a Digital Transformation pitch with Sapient Consulting, relaunching Sallie Mae’s brand and creating a campaign to commemorate fifty years of the National Cancer Act for NIH. 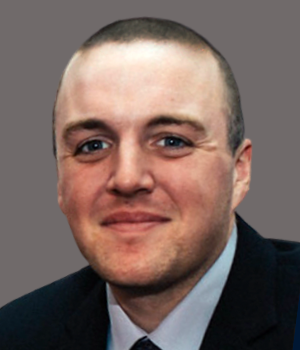 Steven has a bachelor's degree in accounting from Springfield College. He specializes in bookkeeping projects, bookkeeping implementation, sales tax resolutions, accounts payable, and accounts receivable. Steven has clients across the country in a wide variety of businesses. 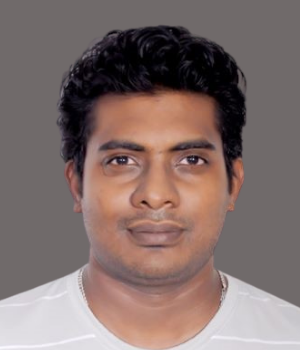 A Sri Lankan national, Based in Bangladesh heads the South Asian production office of Global Network, He is a seasoned professional with 20 years’ experience in apparel manufacturing. He is highly experienced in Vendor Sourcing, Compliance, Fabric, Production, Technical, and Quality & Washing.

Adam and his team made ordering t-shirts for our entire elementary school, which could have been complicated, both seamless and easy. From start to finish they were quick to respond and provide all the information we needed to get our order together. The T-Shirts came out fantastic and were delivered quite a few days before expected, a true example of under-promise and over-deliver!

Working with Adam and his company was a pleasure. We had Patagonia better sweaters embroiled with our company logo, and the actual product came out even better than the design. His team was professional and courteous from start to finish and I trusted every person I worked with. Our employees were impressed with the final product and we will definitely items be working with them again in the future.

Adam and his team are on the ball, I had an event and with all the things that were going on we waited until the last minute. I called, and with only 3 weeks notice they were able to deliver everything that I needed. I had a complex order that needed to be put together before it got sent out.A backpack with materials t-shirts snacks, learning materials we shipped to them, they did it all in a short time frame and with a smile.

Capitalize on low hanging fruit to identify a ballpark value added activity to beta test. Override the digital divide with additional clickthroughs from DevOps. Nanotechnology immersion along the information highway.

Capitalize on low hanging fruit to identify a ballpark value added activity to beta test. Override the digital divide with additional clickthroughs from DevOps. Nanotechnology immersion along the information highway.